Appeal to enhance a EU fight against organized crime 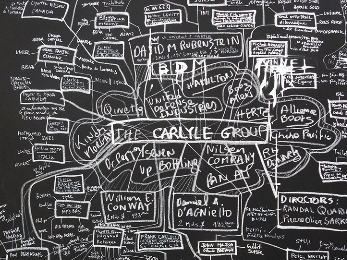 In 1996, judges and prosecutors from several European Countries launched the Geneva Appeal. The Appeal denounced the fact that, in the shadows of the construction of Europe, there was another Europe in hiding – made of criminals, corrupt persons and fraudsters who found great chances of impunity in the opacity of economic and financial operations. Against this dark Europe, the Appeal signatories urged to get over the protectionism of national criminal systems and to establish a single European justice area.

In the 16 years which followed important changes occurred within the European Union. Now the single European justice area invoked by the Appeal is not only included in the Treaties, but it is a reality, though in progress.

Still, the dark Europe did not dissolve. On the contrary, it keeps prospering with an increasingly organised crime, accumulating and laundering profits on a global scale. The dark Europe has just became more insidious, stealing enormous assets, impoverishing and polluting the economy, politics and civil society.

So far the European Union institutions showed to be aware of this challenge . Thus, in the past months the European Parliament adopted a Resolution on organised crime, full of analysis and proposals, and then decided to constitute its own Anti-Mafia Committee.

On its side recently the European Commission submitted a proposal for a Directive on seizure and confiscation of criminal assets.

This initiative deserves support, as the effective fight against organised crime implies to track and forfeit criminal assets, and this in turn implies harmonized national legislations on seizure and confiscation. But a mere intervention on the level of substantive criminal law, as the Proposal does would not be enough., Some other steps are as well as crucial and strictly complementary. These steps should be focussed on:

Such a proposal can be an important turning point in the fight against the shadow Europe. However in order to make it possible, it is necessary that the European Institutions take into due account the complexity of the measures that tackling and forfeiting criminal fortunes entails. And that, consequently, using the opportunities offered by the Treaty of Lisbon to their largest extent, they have a holistic approach and take steps to fill the current gaps of its proposal, by operating on the same text or rather elaborating integrative and parallel proposals.

The major goal, which can no longer be delayed , is to promote the approval by the European Union of a homogeneous corpus of rules capable to make the tracking and the forfeiting of criminal assets fully effective and dissuasive, from the initial moment of identification to the final moment of their use.

The fight against the dark Europe is too hard and complex to believe that the caution showed by the proposal for a Directive on seizure and confiscation of criminal assets could pay. On the contrary, such caution is likely to generate rules of weak effectiveness and uncertain future, in the same way as regrettably happened with some legal tools adopted in the past decade also in the domain of forfeiting criminal assets.

This is an opportunity which cannot conceded to the dark Europe.

You are here: HomeActivitiesCombating economic and financial crimeAppeal to enhance a EU fight against organized crime