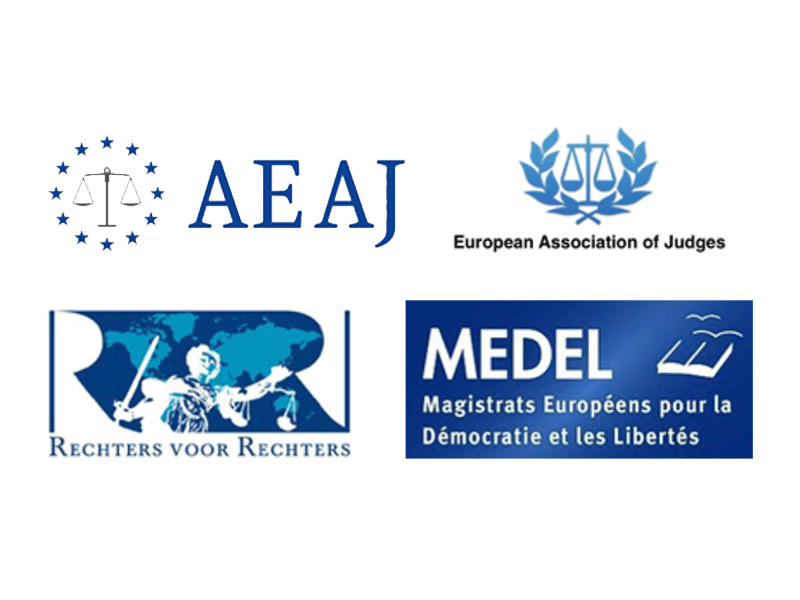 The Platform for an Independent Judiciary in Turkey expresses its concern and calls for the attention of the international community on the mass trials against lawyers that are going on in Turkey.

On 4-6 January 2023 the last hearings of a retrial are scheduled before the Ankara Regional Appeal Court (22nd Penal Chamber, docket no: 2022/311). These proceedings concern 21 members of the Ankara Bar Association which started with the intervention of the Prosecutor’s office and the police raids in 2016. Before the Court of Cassation ordered a new trial in March 2022, the defendants had been sentenced in first instance and appeal to prison terms ranging from more than six years to well over eight years.

These lawyers clearly face persecution only due to their role as defence counsels for persons who face criminal prosecution because of the alleged membership of a terrorist organization.

This last development sadly confirms a trend already pointed out in the 2020 report by the Commissioner for human rights of the Council of Europe (CommDH(2020)1), highlighting an increasingly suspicious and hostile attitude towards lawyers who play an active role as human rights defenders and the chilling effect for the entire profession caused by numerous judicial actions specifically targeting lawyers, where acts that form part and parcel of their profession were admitted as evidence.

We call to mind here the numerous international standards that stress the crucial role lawyers have in order to guarantee the fairness of the judicial system, and more generally, in the protection and defense of human rights and thus also – if necessary – by bringing the violations of these rights to daylight.

Lawyers must be in the condition to independently fulfill their duties within the framework of their professional obligation to defend the rights and interests of their clients, thus contributing to the fair administration of justice and the preservation of the rule of law in a democratic society.

Persecuting lawyers for the simple fact that they are involved in the defense of their clients, while considering legitimate professional activities as incriminating evidence, confirms the continued backsliding of the rule of law in Turkey.In such a context, where there is in general no longer an independent judiciary which can ensure fair trials, we therefore express our deepest concern that the accused lawyers will not face hearings that are in compliance with the minimal procedural guarantees as enshrined in Article 6 of the European Convention on Human Rights (ECHR).

While reaffirming the urgency to restore the rule of law and an independent judicial system, we deem that it is essential to ensure the presence of (international) observers in the forthcoming hearings, and in that way allow the scrutiny of the fairness of the trials and to assess whether the human rights of the accused are being upheld.

You are here: HomeActivitiesDefense of LibertiesStatement on mass trials of Ankara lawyers